Some of my best trades and investments since I started dabbling in financial markets came from investing in entire single countries that have fallen out of favour and holding them for a period of time until they become popular among investors again. What were some of them? My investments in Argentinian equities back in late-2015 … END_OF_DOCUMENT_TOKEN_TO_BE_REPLACED

An excerpt from a week’s journal: 20 August 2018: Observations & Thoughts Today was generally a risk-on environment, with Chinese equity indexes leading the way in Asia Pacific (Japan and South Korea lagged). Indian equities continued to climb higher. The Yuan has also somewhat stabilised and has strengthened against the USD since last week. Chinese … END_OF_DOCUMENT_TOKEN_TO_BE_REPLACED

The first half of 2017 is over, and my book remained almost unchanged from the end of 1Q 2017 to the end of June. I maintain my defensive stance, risking one-third of my usual sizing for any new positions and also gunning for lowly-correlated positions in terms of price structure as well as fundamental logic. … END_OF_DOCUMENT_TOKEN_TO_BE_REPLACED

The Brits are officially leaving the European Union (EU), following the invoking of Article 50 and British envoy Tim Barrow handling a letter to the EU Council on the 29th of March 2017. An informative book on the subject is explored by Roger Bootle of Capital Economics, and I’ve found it to be highly instrumental … END_OF_DOCUMENT_TOKEN_TO_BE_REPLACED 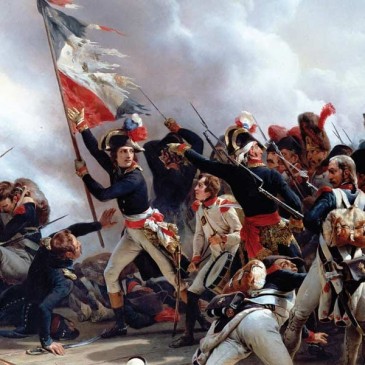 En Garde! French citizens are once again heading to the polls in what is arguably 2017’s most widely and closely-watched high key political event: the French Presidential and Parliamentary Elections! At stake? Possibly the future of the European Union (EU). That’s because one of the potential candidates for the Presidency, Madame Marine Le Pen, is calling … END_OF_DOCUMENT_TOKEN_TO_BE_REPLACED

While it was a decent 3 months for both broad equity and bond markets, all my trades did not work out as expected and I cut all my initial positions that were initiated in January. Additionally, a couple of my positions that were USD-denominated also saw valuations affected by the slight weakening of the Dollar against … END_OF_DOCUMENT_TOKEN_TO_BE_REPLACED

A Collection Personal Finance and Investing Blogs in Singapore