Some of my best trades and investments since I started dabbling in financial markets came from investing in entire single countries that have fallen out of favour and holding them for a period of time until they become popular among investors again.

What were some of them?

My investments in Argentinian equities back in late-2015 doubled in value after two years, and I also doubled my capital allocated to Vietnamese equities after being vested there since early-2016.

I followed a rather simple process when identifying these markets.

Firstly, it has to experience an economic disaster or a national/political catastrophe. This is a necessary condition and I’m not trying to be sardonic. Disasters are human tragedies and I certainly do not delight in seeing them happen. I’m merely approaching from the angle as an investor looking for bargains, and disasters tend to lead to situations where the odds of finding bargains are higher.

Economic mismanagement, political regime changes and wars are examples of disasters that could befall any country out there. Typically, such events would lead to damages in physical and intellectual property. This is when global investors despair and ‘give up’, and their subsequent exit leads to a depressed environment.

Financiers cut back on providing financing and many businesses go bankrupt while others merge to survive. In such a situation, publicly-traded asset prices tend to be very cheap.

Having a sense of what happened in the past helps an investor imagine such a situation. Have you ever seen those black and white pictures of Weimar Germany when hyperinflation wrecked havoc throughout the country? 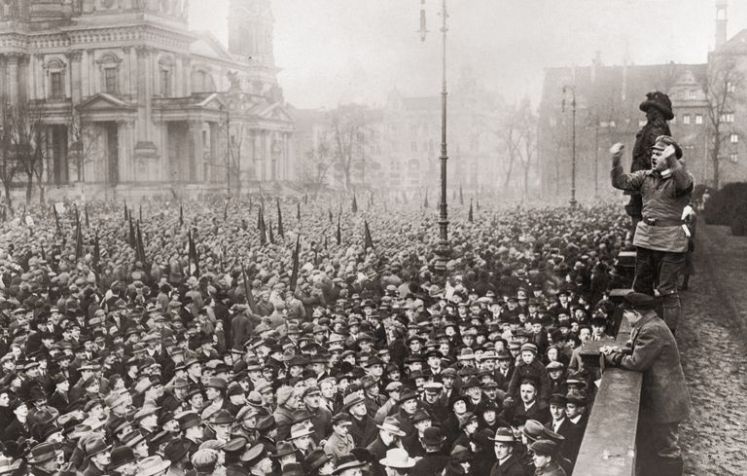 Suffice to say, the people weren’t too happy if they had to push a wheelbarrow of cash notes to the grocer selling them some Kartoffeln every day. Catastrophes typically mark a bottom in the country’s market cycle, and it raises the odds of financial assets trading at bargain prices.

However, the situation can remain this way for some time, and it’s possible to get stuck for a period of time until everything improves, which brings me to the next part.

Secondly, there has to be a foreseeable catalyst that could potentially lead to a change.

Examples could include a new political regime either through a democratic process of elections or a revolution caused by social and civil unrest. This is historically quite common following a national catastrophe as a populace calls for new leadership to make drastic changes to improve everyone’s well-being.

In the case of Argentina back in 2015, I was confident of an opportunity as there were changes about to take place, and yet almost everyone seemed oblivious to it.

Since my Higher Secondary School days (the Singapore equivalent of the American High School) I have heard about the de Kirchner dynasty ruling Argentina. I’m aware of this as I used to spend my free time reading The Economist from cover to cover, and I remembered that the de Kirchners were leftist-leaning politicians that are heavily socialist in the way they implement economic policies.

When I heard about an impending election in Argentina in 2015, I combed through dozens of reports and articles from a variety of sources, and my conclusion was that the country has been severely mismanaged by the incumbent government and that the people are heavily disillusioned with socialist policies (it was a mess).

I was thrilled to hear of the news of an impending presidential election in which a centrist, reform-minded politician was poised to win. He was well-received among businessmen and foreign investors.

We all know how that all went. Economic conditions are still not all great and the country is still struggling since Señor Macri took power. But the stock market (shown below in local currency terms) still took off, and even Argentinian equities priced in US Dollar terms have seen huge upward re-ratings in their valuation multiples.

For decades investors have always been disappointed with Argentina, leading to a depressed situation in its financial markets (who wouldn’t?). It is the scepticism among the majority of any real change that led to the opportunity.

In financial markets, the big money is made not when a good situation becomes marvellous, but when a terrible situation improves slightly: from bad to not-too-bad. This is so because asset prices fluctuate and shift based of the expectations of how everyone thinks the future will turn out. When market participants realise that an asset is not as bad as they expected, the upward revaluation is usually swift and drastic.

It is the zone between the time when there is some form of positive change happening but the world remains oblivious to it where I would like to get involved. And for entire countries, every financial asset related to it could see a huge shift.

While it would be ideal to be able to travel there to develop a sense of what’s happening, it isn’t too practical. Since I scan through hundreds and thousands of charts weekly and monthly, I’m usually able to find one or two gems once in a while. This brings me to this next market that could potentially see an upward revaluation over the next twelve months or longer.

The land of Ouzo & Moussaka – Greece!

When I was in France and Germany last month, I was reading Le Monde and Der Spiegel and encountered several reports about the state of current affairs in the South-eastern European country.

It has been a difficult period of time for Greece, with the overall economy shrinking by an estimated 28.0% between 2008 and 2016. Unemployment has been high particularly among the younger demographic. Many young Greeks have emigrated in search of greener pastures, and this is a serious social issue for the country.

Income levels have fallen over the past decade, with many Greeks struggling to get by:

The incumbent government, led by left-wing party Syriza under Prime Minister Alexis Tsipras has increasingly been under fire over a host of issues ranging from economic policies to social management of the country. Although he has led the country thorough the painful bailout conditions from both the European Union (EU) and the International Monetary Fund (IMF) and numerous rounds of bank closures, voters have generally lost patience with his administration.

As stated in Bloomberg:

‘to many Greeks he was a sell-out as they endured a financial crisis that started in 2010. He caved to the demands of creditors for more spending cuts and tax increases, failed to cope with the influx of refugees and sparked protests over the Macedonia deal. Meanwhile, the economy went back into recession just when it was about to start growing again and has failed to meet growth targets since.’

The traditional centre-right party of New Democracy (ND) has become increasingly popular in recent months under this context. Led by Mr Kyriakos Mitsotakis, ND has campaigned for lower taxes, greater privatisation of public services and a renegotiation of a deal with Greece’s creditors that would allow more capital to be reinvested in the country. This is catching on well among the Greek electorate, as reported in Al Jazeera:

‘”People are becoming more open to the idea of lower taxes even if it means less social protection, and especially if lower taxes help generate more growth and more jobs,” said Yiannis Palaiologos, the author of The 13th Labour of Hercules: Inside the Greek Crisis.’

PM Tsipras has called for a snap election two months ago, and a new election that has just taken place yesterday saw him and his party suffer a decisive defeat. New Democracy has gained a majority and Mr Mitsotakis will be Greece’s new Prime Minister. 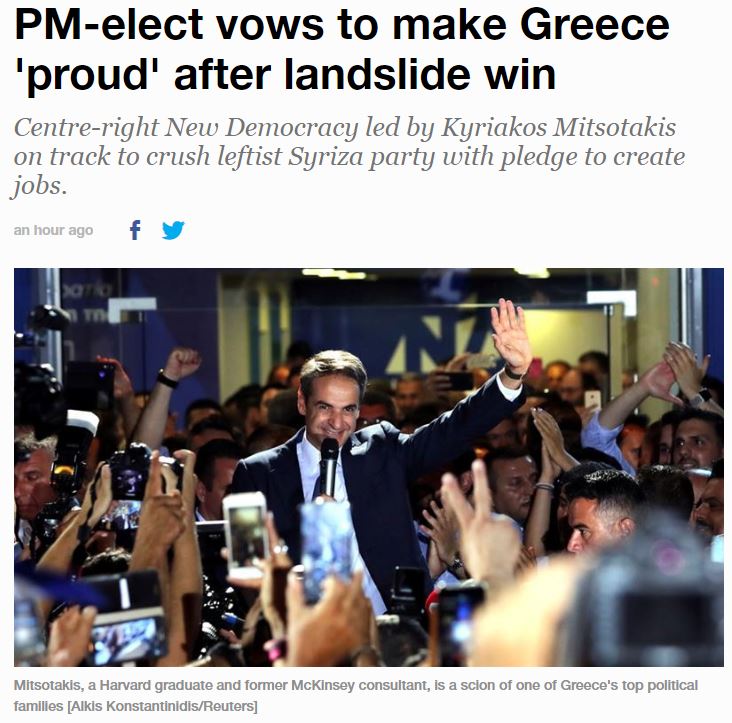 Economically, Greece has been a disaster (first condition met). The elections and a new administration serves as a potential political catalyst (second condition met).

Additionally, everyone has been aware and conditioned to a dismal Greek economy (and distracted by President Trump’s trade wars), leading to a situation where there is simply no interest left for anything related to Greece. This means that there is a high probability that the consensus only expects a single outcome (continued status quo of a gradually shrinking economy with no hopes of improvement), whereas the odds of a few different outcomes are high.

Hedge fund manager Harris Kupperman has also noticed this situation and has shared his thoughts in a recent article.

As macro investors, we get our feet wet when the true chances of winning are higher than what is being priced. The idea is to trade and invest in anything anywhere with cold-blooded objectivity, as long as the discrepancy in odds and asymmetry in profit relative to loss exists. Just picking your favourite stock or the hot winners in markets is not the approach that leads to positive expectancy over the long haul.

Although it is uncertain how New Democracy would carry out their pledged policies and I do not know if they would bring real change to Greece, I am playing the expectations game here and the opportunity certainly does exist now.

7 thoughts on “Greece – turning the corner?”