I once learnt futures trading under an ex-investment professional who was with Temasek and later in the hedge fund industry. While I adapted my style and strategy over the years, there was one valuable piece of advise that I held to heart till this day.

Over lunch once, he talked about the famous macro investor George Soros and recommended that we get acquainted with the famous Wall Street billionaire’s theory of Reflexivity. Without a moment of hesitation, I went to read up about everything I could grab my hands on on Soros that very evening.

It was one of the best things I ever did. I never looked back.

I was enlightened by the raw and worldly understanding of Soros and how he approached the financial markets. Most people know him as the man who broke the Bank of England back in 1992 when Britain got effectively kicked out of the European Rate Mechanism (ERM) framework. However, most are unaware of Soros and his ways of conducting financial alchemy.

In sum, Soros claims that the financial markets are a social phenomenon, not an objective reality. Because of this, the very actions of each participant can directly influence the outcome that the participant may or may not expect. This contrasts from objective realities, whereby objective truth exists because they are independent of what participants there think of them.

The nature of scientific inquiry from the time of Newton’s days involved looking at objective phenomenon and using inductive reasoning to make scientific progress. We have been observing objective realities and applying our observation and logic to understand the world for a long time, but it may not work in the financial markets due to its nature of being a subjective reality.

According to Soros, this is the reason why bubbles could form: when everyone becomes optimistic about an asset’s prospects, financing becomes easier as bankers loosen up, investors buys it hands over fist, which pushes prices higher, and so on and so forth. However, when the trend reverses, fear sets in and investors head for the exit. Collateral used for financing tends to see a mark down in value, which leads to a dry up in financing as bankers tighten lending, which causes prices to fall further as demand falls…. 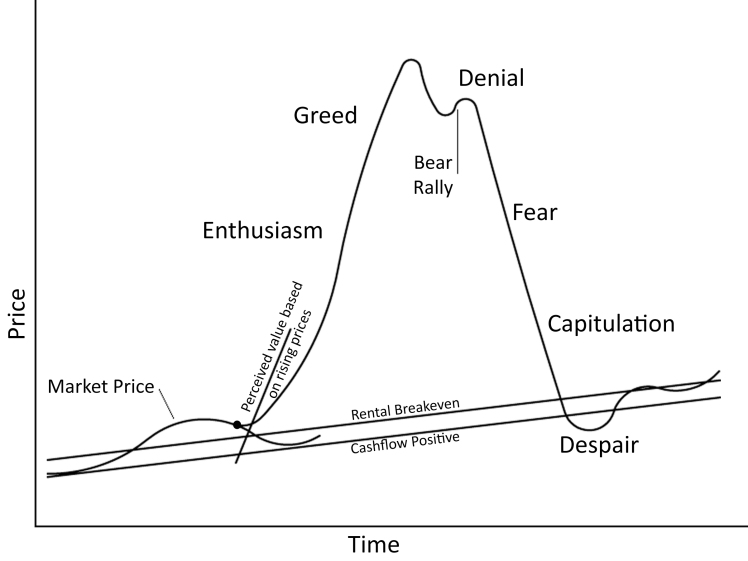 In financial markets, there is no objective truth and there is no 100% certainty with the range of outcomes that one expects because it is a subjective reality (read this article from Macro Ops for more details). This is why prediction and forecasting is so difficult.

Soros has pulled BILLIONS out of the markets over decades with this philosophical framework.

It isn’t just an academic or wishy-washy theory that could be dugged out of a textbook that has absolutely no application for the real world.

And it’s beginning to apply to the Australian economy at this moment. 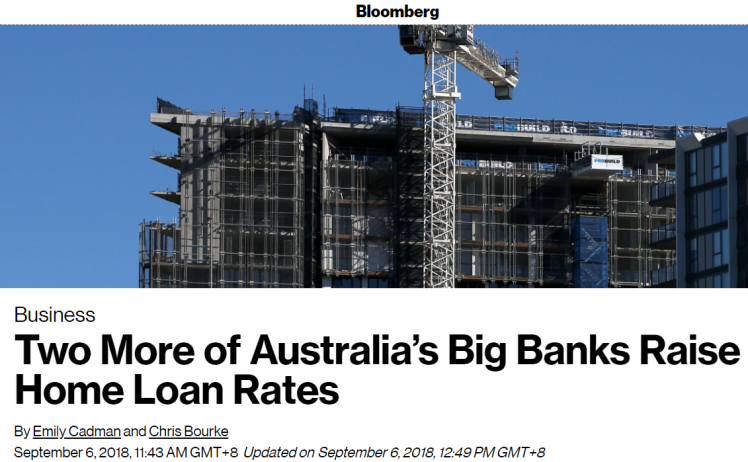 Median housing prices have fallen year-to-date and with higher financing costs, this will further dampen demand despite declining prices.

The move comes even as the central bank holds official interest rates at a record low, and may squeeze borrowers already struggling with stagnant wages growth and the highest levels of household debt among G-20 nations. The out-of-cycle increase could also further deflate the housing market by deterring investors, who have already been hit by lending restrictions and an 11-month drop in prices.

Median housing prices have fallen year-to-date and with higher financing costs, this will further dampen demand despite declining prices.

“This was a difficult decision given we know the impact rising interest rates have on family budgets,” ANZ Group Executive Australia Fred Ohlsson said in the statement. “The reality is it is more expensive for us to fund our home loans on wholesale markets.”

The banks are facing a tough situation themselves given that offshore funding costs have risen:

During the boom days, financing was lax and speculators rushed into the property market. A lowering of policy rates by the central bank to allow the continent to soothe the continent’s economy as the after-effects of the commodity and mining boom sunk in actually led to a situation of ever-rising real estate prices, particularly in the bigger cities Down Under.

However, regulators are now pressuring major banks and going after them for negligent lending practices over the past few years. The increasingly popular Labour Party, riding on public resentment and frustration of the financial industry, is also a big player in this scheme of things as it unfolds.

At the same time, these banks have to raise rates on mortgage loans that form a major portion of their books and businesses, while consumers may not be able to maintain the same level of spending power as they did before. This will affect overall domestic consumption, which could further pressure housing prices, which will affect collateral values and so on and so forth.

In fact, there are reports that suggests that mortgage delinquencies are already rising…

What do you think?