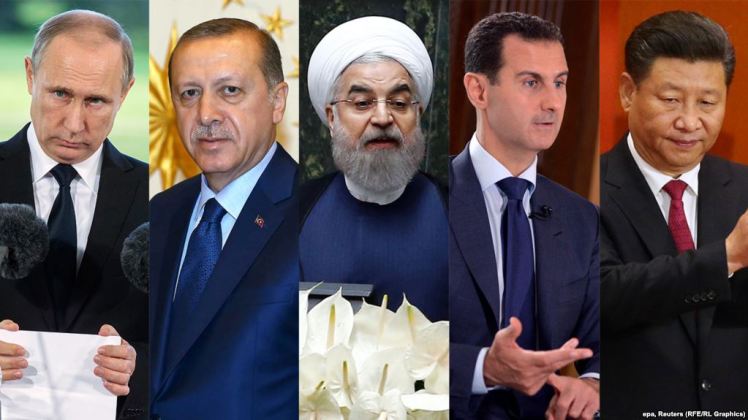 Everywhere across the world, authoritarian leaders have swept into power (or simply seized it) since the start of the current decade. 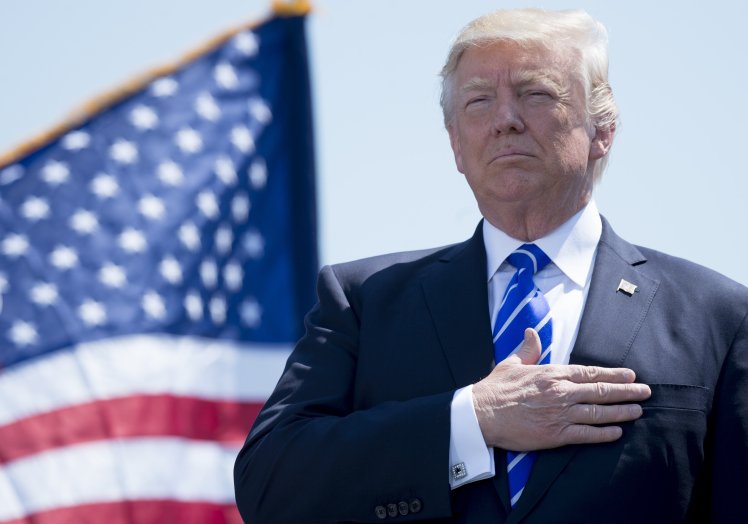 In the US, Republican President Donald Trump is widely considered as a populist politician who has an anti-establishment leaning. His campaigning style before being elected and his way of managing the executive branch of the US government is unconventional, with his hard-line negotiating style dominating in both domestic and foreign affairs.

In Europe, despite Monsieur Macron and Frau Merkel’s victories last year, the whiff of anti-establishment sentiment lingers, with both far-left and far-right movements alive and kicking from the western to the eastern parts of the continent. It’s a matter of time before ‘strong man’ leaders fanning the fires of populism ride into power.

In Central Asia, Russia’s Vladimir Putin casts a wide shadow over the entire region and his neighbours.

In Asia, we see leaders such as India’s Narendra Modi, Rodrigo Duterte of the Philippines, Prayut Chan-o-cha of Thailand, and Shinzō Abe of Japan. And of course, Xi Jinping of China dominates the region after consolidating power on the mainland. These leaders at one point of time in their careers have displayed ‘strong men’ characteristics.

This current trend is in line with Bridgewater’s model of cycles and the social and geopolitical effects caused by a deleveraging when the world is at the end of a long term debt cycle.

When non-financial corporate debt and household debt levels are too high relative to income levels, monetary stimulus becomes less effective, and overall growth will be sluggish as high debt levels restrict potential. In order to counter this, nominal interest rates typically have be lower than the overall growth level to encourage a smooth deleveraging.

Bridgewater therefore claims that our current environment is akin to that of the 1930s following the infamous Great Depression, when the world was also at an end of the previous long term debt cycle (they happen once in every 70-100 years).

With asset prices primed (because of unconventional monetary stimulus that’s needed to keep nominal interest rates lower than overall growth rates) and the lower segments of society being unable to participate in this wealth effect, the gap between the wealthy and not-wealthy has increased.

This current and prevalent social issue of income inequality across the world only serves to feed the anti-establishment sentiment, fueling populism and ‘strong men’ leaders willing to bend rules to fulfill the desires of the electorate.

Back then in the 1930s, there were many populist and authoritarian politicians as well; à la Bridgewater:

If this template is valid, there are a couple of implications for the political and macroeconomic environment:

Firstly, because of the pressures from the electorate, fiscal policy tends to lean towards a looser stance when monetary policy isn’t effective in achieving results. We are currently going through that process, where we see various governments in the developed and developing world under pressure to ease fiscal policy. This tends to be one of the hallmarks of strong men / populist regimes – it happened in the 1930s.

Secondly, because of deleveraging pressures, there is a tendency towards policies or measures that would under normal circumstances, be considered irrational or drastic.

If growth rates consistently fall below the rate of nominal interest rates and debt service costs spiral out of control, a vicious trap could ensue. If that becomes too painful, actions such as an outright nationalisation of privately-owned assets or industries, austerity programmes, taxation of the wealthy classes, or a forced reorganisation of the economy in order to restructure debt are all on the table. Typically, this leads to immense wealth destruction and widespread social tensions.

Governments could also resort to increase monetisation of debt, which is the inflationary way of deleveraging. No matter what, politicians will achieve their objectives due to their authoritative governance styles.

Thirdly, due to the fact that there are many ‘strong men’ leaders on the world stage, there is a high possibility of proper diplomacy and negotiation through formal channels to break down when inter-country political aims differ, which increases geopolitical risks and the odds of war. This happened in the 1930s when Mussolini’s Italy, a militarised Japan and later Hitler’s Germany, broke off from engaging in diplomacy and resorted to military actions to fulfill their own national objectives.

What are the implications for global investors?

Because it’s difficult to know what kind of deleveraging cycles various parts of the world will go through, it’s safe to assume that there will be bouts of inflationary deleveraging and deflationary deleveraging phases everywhere. Developments will also differ due to the differing personality types of ‘strong men’ leaders and how they run domestic affairs in their respective countries.

As a result, risk-assets will consequently go through irregular rounds of repricing.

(II) Hard assets and risk-free assets will be in demand

While it could be an awkward juxtaposition, owning hard currencies as well as precious metals/real assets makes sense as policy-makers struggle to manage the deleveraging phase. Precious metals/real assets will do well if an ‘ugly inflationary’ situation materialises, while hard currencies will be in demand if an ‘ugly deflationary’ deleveraging occurs (as debt is pared down and restructured).

Either of them will do well as markets assign a premium to them should full-scale military conflicts erupt and escalate.

Tactical asset allocation, trend-following CTAs, divergent strategies… All these will be in vogue. Investors will have to be nimbler in such an environment, and be cognisant of geopolitical risks all the time.